Bologna. A Reading in the Dark

Reading in the dark

For the inauguration of BACIS project (Bologna for the Accessibility of Culture and Social Inclusion), with the support of Fondazione del Monte of Bologna and Ravenna, Fondazione LIA is organizing a Reading in the dark, with the participation of authors Pierdomenico Baccalario and Giuseppe Festa.

The event will be held in Bologna on March 22nd, in the spectacular setting of the Oratorio di San Filippo Neri, on the same days of the Bologna Children’s Book Fair, one of the most important fairs dedicated to children’s publishing in the world.

To participate you must have the reinforced green pass and wear an FFP2 mask.

📚 Guests of the event will be the authors Pierdomenico Baccalario and Giuseppe Festa, who will read passages from their books together with Bana Abreham and Sara Stradi.

Pierdomenico Baccalario is an author of adventure novels for children and young adults, he’s also a journalist and screenwriter. Winner of the Il Battello a vapore Award in 1998, he has published numerous novels for children translated into about twenty languages. Among his numerous series of novels, the best known is the one written under the pseudonym of Ulysses Moore.

Giuseppe Festa, graduated in Natural Sciences, deals with environmental education and he is the author of several novels for children and teenagers. He is also a musician and singer of Lingalad, screenwriter and author of reportage on nature for RAI. He has written articles and short stories for “National Geographic”, “Corriere della Sera” and “La Repubblica”.

Excerpts from the books Hoopdriver (in English) and Cento passi per volare (in Italian) will be read by the authors themselves and by two readers with visual disability through different methods. The e-book version of these books is accessible and can be read by everyone and it is present in the catalog of accessible e-books certified by LIA. 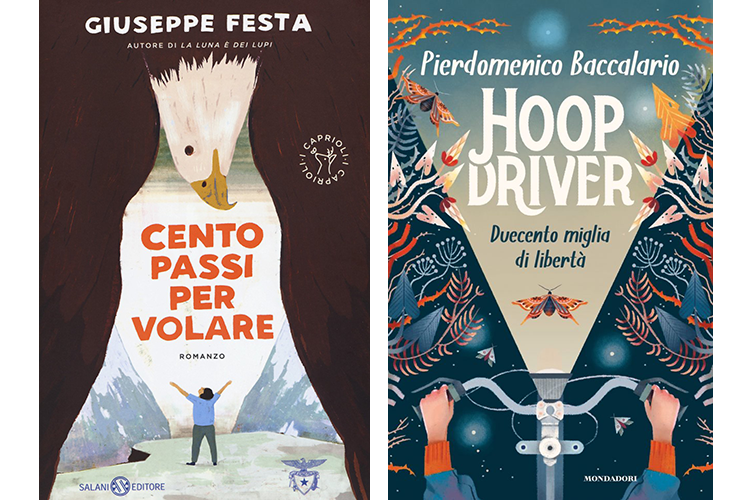 READING IN THE DARK

A Reading in the dark is LIA highly experiential and engaging format to address themes such as digital accessibility and the socio-cultural inclusion of people with visual disabilities.

Through the absence of light, a Reading in the dark cancels any distinction between those who read with their eyes, those with their hands, and those with their ears. Famous writers and blind or visually impaired readers alternately read the same book, revealing the different ways of using it.